The last time that I rode a bike out on the road was 21st September last year. That is five months ago. Regular visitors to this blog will know the reasons why I have been confined to an indoor trainer for all this time-well last week I had the go ahead from the hospital to get back on a bike out on the open road. All is not perfect yet as I still have 8 to 12 weeks of radiotherapy to get through but having said that- today was a special day.

I woke up this morning to bright sunshine and decided that today would be my first outing on a bike for five months. I must admit that I was a little nervous after such a long lay-off and the plan was to only venture out on my hybrid as it is probably the easiest of my bikes to ride.

The ride seemed to go well. Not a great distance for this first trip (15miles) and I kept my speed down to an average of just 13.75mph and a top speed of just 23mph as I was paranoid about potholes and wasn't disappointed as they seemed to be everywhere. The local roads have really deteriorated since last summer. As it was a pothole that caused my crash at the end of the ACCR last June I had no wish to repeat the experience hence the paranoia.

I tackled a couple of the local hills and was pleasantly suprised that I managed them in a smaller rear cog than I managed last year-must be all those hours spent on the trainer plus my reducing weight. About mid December last year I had a wake up call on my weight. All those weeks of sitting around following the crash and subsequent medical problems had caused my weight to increase to 15 stone-the highest it has ever been. I embarked on a strict weight loss programme of my own devising and have been losing a steady 2 pounds a week since then. By 31st March I will have hit my first target of 12 stone 7 pounds and by the Duncton Sportive on 5th May I will be 11 stone 11 pounds which is my final target weight.

So there you have it- I have 11 weeks to continue to get fit enough -light enough and confident enough on the bike in order to beat last years bronze banding at Duncton at the same time as starting the treatment on a 5 days a week basis. But hey- I can only function if I have a challenge.
at February 19, 2010 5 comments:

AT LAST- THE END OF THE BEACONS WAY. 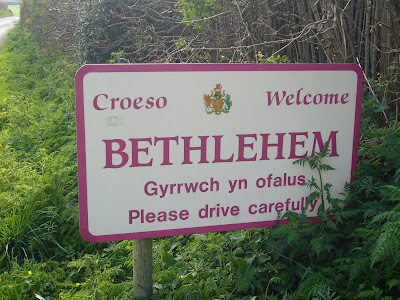 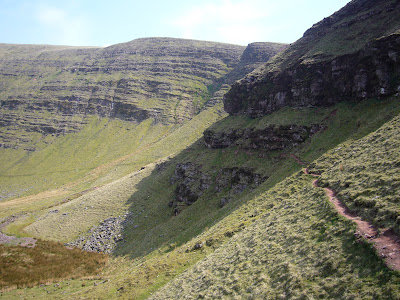 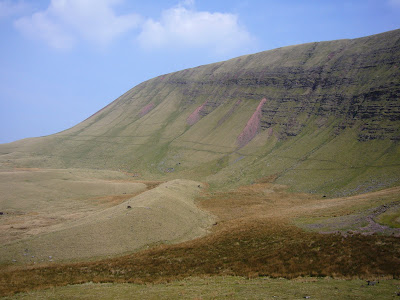 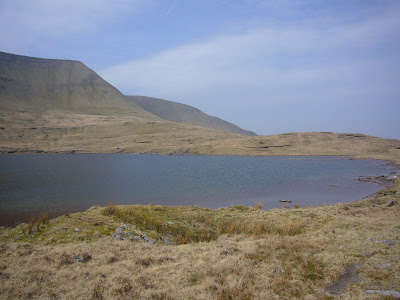 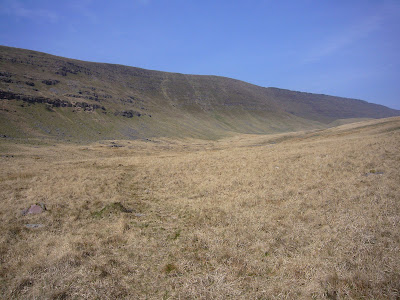 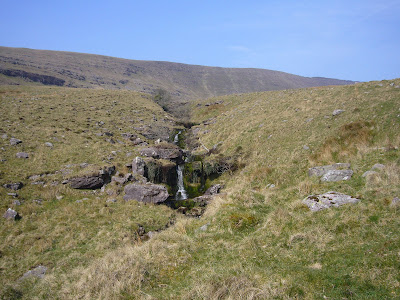 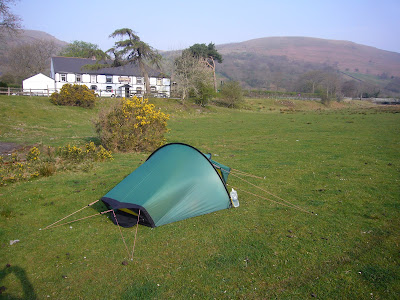 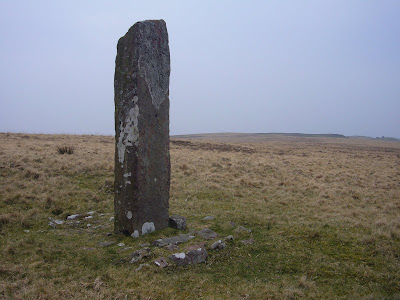 Pictures from bottom to top:-
1) The standing stone called Maen Madoc on the side of Sarn Helen. This stone was moved in 1940 from it's original position some 25 paces to the west of it's present location. Prior to 1940 it stood directly beside Sarn Helen which is a Roman road.
2) Another of my pitches- this time in a field belonging to a public house.
3)Some small falls on the stream called Nant Tawe Fechan. I had a very pleasant lunch break by the side of these falls. The escarpment of Fan Hir (Long Peak) can be seen in the background.
4) Another shot of Fan Hir. At the foot of Fan Hir a curious ridge can be seen. This has been interpreted in different ways, but it is believed to have been formed by a small glacier. In all this escarpment stretches for 4.3 miles-as far as Llyn y Fan Fach.
at February 04, 2010 1 comment: