I was also given some news regarding the lump in the middle of my chest. The latest scan has shown it to be where two broken bones have fused  together badly overlapping and causing the lump.

Apparently I had broken my sternum and that created the two separate bones that have now joined together badly. Breaking bones is one of the effects of the cancer. I have already broken various ribs etc. I must admit I did wonder why it hurt so much when I tried to take a deep breath. It was  my rib cage being forced apart where the sternum had broken .

On a different note I am thinking of closing this blog down. Ten years ago I used to have large numbers visiting the blog and leaving comments but in those days my content was purely cycle related. Since then Vlogging on youtube has become popular and I think that it has had a big effect on the humble blog.... Also I don't think that people really want to read about the day to day problems of a cyclist with Terminal cancer..

Anyway.  ....   these days the number of visits to the blog is very low and the number of comments is also low apart from a few regulars who comment every time they visit the blog. Without those comments it often feels that I am blogging to an empty audience and I now feel 'what is the point'.

With Terminal cancer some weeks I really do struggle to post anything to the blog and I often feel that I am talking to myself. Anyway...  over the next few weeks I will think more about this but if the blog doesn't appear for sometime you will know that I made the decision to stop posting.As with life all things must come to an end

The picture at the head of this blog post shows just some of the flowers that Anne manages to look after on our pitch. 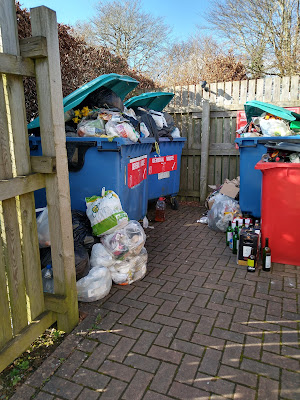 Cancer is Rubbish ..... After two years of chemotherapy treatment and getting good readings from my weekly blood tests it seems that my cancer has now started to go wild.

The bone cancer is now playing up and seems to be causing problems right across my skeletal system. The lesion on my breast bone is growing at an alarming rate. There are also other lesions in various parts of my body.

I was hoping to have a remission at the end of March.... It was the thought of that which has kept me going through all the treatments and tests. This latest news has been a major psychological knock back. I am really struggling to get on top of it. I have a meeting on Monday with the main Consultant who will take me through the various options (if any) that I have open to me going on from here.

No cycling talk this week as my mind is still a bit numb from the cancer news above .

I will let you know the outcome of my meeting with the Consultant in next week's blog post ...

I will say it again Cancer is Rubbish!!! 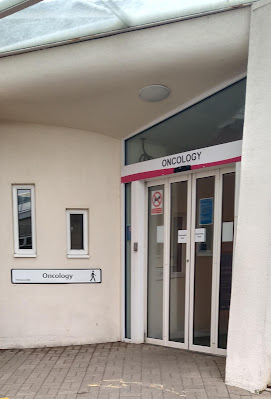 This week I had a visit to the Oncology dept to have my Radiology treatment on the cause of the severe nerve pain which I have been having which is a mass in my lower spine.
I don't normally visit the oncology dept. I am linked to the Heamatology dept because my cancer is a blood based one. To receive specialised treatment so rapidly has just made me feel guilty .....
I look at the reports from the Ukraine and see young children with cancer
who are now hiding underground unable to access their treatment and I just feel guilt that mine comes so easily.....
This week I have nothing further to say other than there are others far worse off than me .....🇺🇦🇺🇦🇺🇦🇺🇦🇺🇦🇺🇦🇺🇦
at March 05, 2022 1 comment: