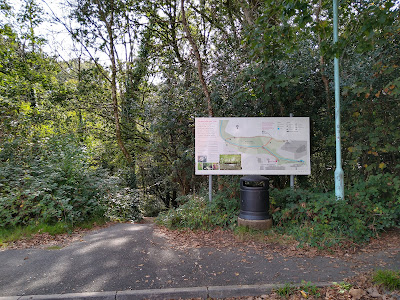 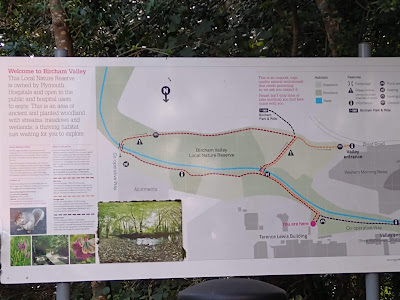 One of the entrances to the Nature Reserve at Derriford Hospital..... I seem to spend quite a lot of time at the hospital these days.......

Myeloma is the blood and bone cancer that I have it develops from plasma cells. Plasma cells are a type of white blood cell made in the bone marrow. The bone marrow is a spongy material inside the bones and it is part of the bodies immune system.

Myeloma is a rare cancer with only about 5000 people diagnosed each year. Doctors don't know what causes it.

Symptoms are varied but can include constant bone pain....  Extreme tiredness       ( fatigue) Tingling or numbness in the hands and feet. It is one of the most painful cancers.

I have multiple myeloma which means that the bone pain is in numerous bones of my body... Severe symptoms such as spinal chord compression are also a problem indeed I have already shrunk by about an inch due to this ... I have had bone marrow samples taken from my hip bone not very pleasant as a sample of liquid from within the bone marrow is drawn into a syringe..pretty uncomfortable as the marrow is drawn into the syringe ....I have also had bone marrow tissue removed for testing and none of this represents a good day out at the hospital.

I am currently back on Chemotherapy for the cancer and this year I have had half a dozen MRI scans as well as x-rays etc.

Myeloma cannot be cured so there is no way that I will beat this but it can be treated so as to improve my quality of life and to try to control the symptoms.

As a keen cyclist there is no way that I can contemplate giving up cycling. I must admit though that the consultant was amazed that I had started riding my bike again and even mentioned it in his latest report on my condition.

Cycling with Myeloma is not without it's problems though. I used to be able to ride 80 to 100 miles before getting an aching neck. Now with the myeloma I suffer real agony in my neck after just 5 or 6 miles. It's all about trying to control and shut out the pain and luckily I do seem to have a pretty high pain threshold.

If you have ever suffered with a bad tooth ache that causes you pain in your gum and jaw... well that is what the bone pain with Myeloma is like except it can be all over your skeletal system which obviously just adds to the difficulty of riding a bike....

I can take morphine for the pain but that is not a good idea if you are planning a bike ride for obvious reasons.....

I am determined to continue with my cycling indeed on my last ride I beat my furthest distance as well as my most ascent since being diagnosed so I am making progress on the bike.

People often ask why I am not on Strava but what would be the point. I am riding with a massive handicap so any Strava data would be of no value in comparison to other riders..

I thought that I would explain all this to you because due to it's rarity most people know nothing about this cancer and some people seem to think that it can be beaten in the way that some other cancers can be. A good remission is the best that can be hoped for and obviously that would allow me to continue with my cycling.

Most people who are diagnosed with this disease had never heard of it before the diagnosis and I count myself among them..... 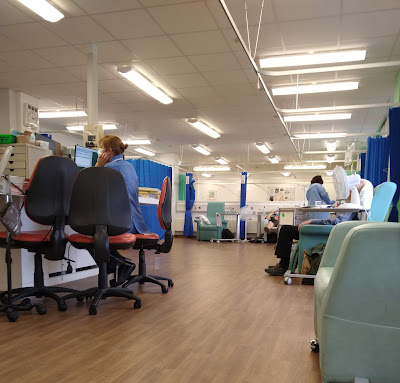 On Monday I had an appointment with the ENT Oncology Surgeon for an update on my recent operation. It would seem the  procedure was a success as there are no signs of the thyroid cancer that I was diagnosed with back in December......
It was thought that the cancer had spread from the thyroid itself to my lymph glands and two levels of those were removed as well. In terms of long term prognosis the thyroid cancer was the least threat to my life of the three cancers that I have....
It is a pity that the Bone and Blood cancers can't be treated as easily. As I have said previously there is no actual cure for these only treatment to slow their growth down and help me with pain control.
The Hematology department have wasted no time in getting me back on the chemotherapy indeed I was back in the chemo ward yesterday for treatment. (Image of ward above).
Today I am feeling pretty poor following the treatment and will probably end up spending the day in bed. Other than exhaustion I don't have any major side effects when I have chemotherapy. What I have found in the past is that after the treatment I have a couple of days of feeling very tired and then I am back to normal..... Well as normal as you can be when suffering with blood and bone cancer.
Some people are really badly affected by the treatment and have ongoing sickness and general nausea as well as tingling in the feet and hands and lots more luckily I seem to get away with very little in terms of side effects.
These new rounds of chemo will probably take me up to Christmas.
at September 18, 2021 4 comments: 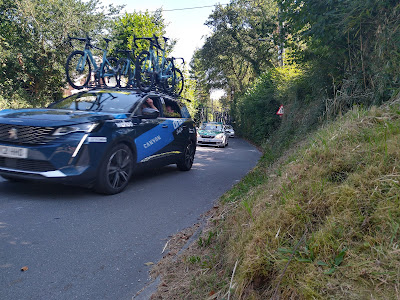 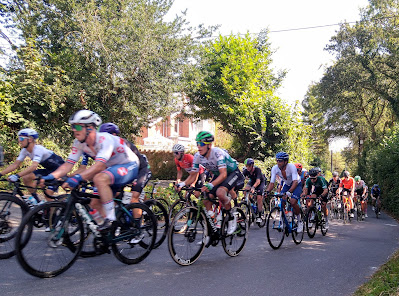 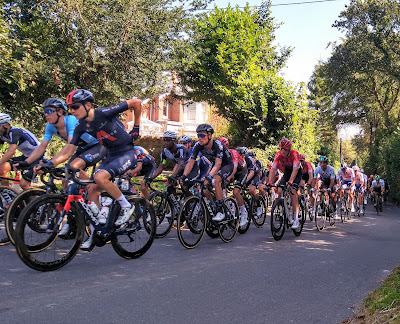 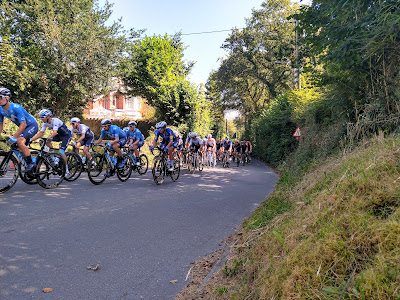 On Monday Anne filled me with my medication and took me out to just the other side of Yelverton so that I could watch the riders in the Tour of Britain come through.

It was great to get out and have a picnic at the side of the road . I had a seat with me so that I could take the weight off my legs which is pretty important as the bone cancer certainly restricts the amount of time that I can stand even with the pain killers that I take.

Before the cancers took hold last year I had started to ride on these local Dartmoor roads and was learning the best way to tackle the hills to Princetown.... Two Bridges and the Warren House Inn so it was great to see the Pro cyclists riding what are now my local roads..... Mind you I paid the price for my day out as I was completely wiped out right through Tuesday and it was only this morning that I felt that I was starting to get back to where I was before Monday.

Next week I have an appointment with the surgeon who removed my thyroid and lymph nodes so I should find out how successful the procedure was at removing the thyroid cancer bearing in mind that it had spread. A couple of hours after that appointment I have another one with the consultant from heamotology and will then find out when they will reintroduce the chemotherapy for my blood and bone cancers.....