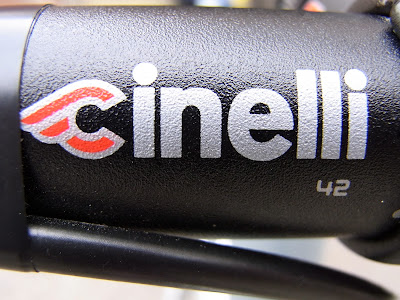 Well the storms certainly made their mark. Over half the awnings on site were destroyed with snapped poles. The noise was horrendous and the caravan was rocking all night. There's nothing better than being close to nature but it can be scary at times ..

Following my thoughts on gravel last week I see that Chris Froome wants to see time trial bikes removed from stage races. He feels that training on a time trial bike is dangerous with a real risk of accidents. Even though a lot of his wins have been made on the back of time trials he feels that so much can be lost in a moment. So much time and effort goes into the race and it can all be snatched away.

The same applies to cobble sections when they are in stage races. They are fine in one day monument races but shouldn't be included in a stage race when so much is resting on it.

Interesting points which I agree with. Time trials are a separate discipline and should be ridden as such . I started on time trials and there were a number of accidents with riders ploughing into the back of stopped cars because they were in the head down position. A time trial bike is difficult to train on. With your arms on the skis you don't have quick access to the brakes anyway. All  a bit different from the reasons that I dislike  gravel but similar in as much of a ride being ruined......

I had a meeting with a oncology radiology  consultant on Thursday and she showed me the scan images from a week ago and explained why I have been experiencing huge levels of pain that have been impossible to control.

I have a growth on my lower spine and it is pressing on the nerves in the spine. Nerve pain does not respond to morphine. The plan is to reduce the growth with radiotherapy and remove the pressure on the nerve. Not all pain is equal so I have bone pain and nerve pain no wonder I've been in agony. On Friday I had chemo and an infusion so throughout the stormy weekend I have also been trying to recover from that ........

Just in case you were wondering my awning is still standing. It is an all season air awning and when the winds gust the air poles just collapse and then bounce back again. Solid poles try to resist the winds and that's why they snap..  The picture at the head of this post?  Just an image of the ordinary drop bar on the Tifosi.... no time trial bikes for me


High winds I find very frightening and more so when in the van. I can remember one storm when we were in Settle and the van was on ramps to level it and was rocking all through the night.
I've never ridden a TT bike but the position on it looks very unnatural. I dont agree with leaving out cobbles or rough sections though as all riders will be very aware of where they are and what to expect.
Good luck with the radiotherapy and I hope it shrinks the tumour and gives you some relief as that constant pain is very wearing.
That awning is worth a review on their website, I hadn't appreciated the benefits of air poles. All the best.

@Dave
Yes winds are frightening and dangerous. They seem to have a life of their own ..
It will be interesting to see what the UCI does regarding both TT bikes and cobble sections on stage races. They banned drones the other day ha .ha ..
You are right about a review on the awning.... perhaps I will do a complete review of how to use air awnings properly and mine in particular. After seven years of full time caravan life I think I've learned quite a lot about using awnings.
Hopefully the beam radiotherapy will improve things for me. Nerve pain is what you have with toothache and to have that pulsing through your body is horrendous. And what about you Dave? How are things going with your own cancer difficulties? You are in my thoughts each day and I do wish good karma for you. Take care and look after yourself.

Thanks Trevor, my cancer itself has given me no problems, I had no pain and just a few minor problems with the chemo and radiotherapy. I realise that I have been lucky. After the final op and the resulting stoma etc is something I just have to get on with and manage. As I've said before the restriction has been this hernia but that is being done on the 2nd March, so fingers crossed for some Spring rides. All the best to you too, its good to read your blog posts as I think of you in the van in this wild weather and I admire your resilience.

I don't know what sort of hernia you have but I also have one. I have a inguinal hernia but with everything else going on with my health they are not in a hurry to deal with it. Good to hear that you have not had too many problems with the cancer itself. Regarding being in the van.... I know from a lot of people's perspective it seems mad but I really love this way of life and wouldn't want to change it even though it has its own unique set of problems...... Take care ...