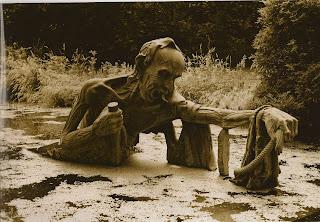 Following my cycling accident in June I had a number of abnormal blood tests. These led on to me having various tests and scans the latest of which was a biopsy (pretty uncomfortable it was too).

About three weeks ago I was told by a junior doctor that the results 'appeared' to be negative. At that time I breathed a huge sigh of relief thankful that the big 'C' had passed me by.

Today I had a meeting with my consultant and he confirmed that of the eight biopsies that were taken -two were shown to be positive.

It all feels a bit like a psychological rollercoaster-initially feeling low then back up with relief and now back down again. It does focus one's thoughts somewhat.

To add to my concerns one of the scans has shown an enlarged Aorta (Aneurysm) and the risk of this bursting still needs to be assessed.

I have always kept myself fit and led an active life and looking on the positive side- it is only due to the cycling accident that these two potentially life threatening conditions have been found.

I have just caught up with your news.

Good luck with any treatment you need - sounds like you have caught this early - before you started to feel unwell?

Thoughts are with you
Alan

Thanks Alan-
Yes although it has been graded at the top end of 'moderately aggressive'(GL7) it is still at stage T1.
Sometimes falling off a bike can be a good thing.